Get your tickets
Format

The eight teams that survive the Group Stage will then be seeded into an eight-team, Single-Elimination Bracket. The Quarterfinals will be BO5 series, while the Semifinals and Grand Finals will all be a Best-of-7 (BO7) series. The entire bracket will be played on the third—and final—day of the tournament. The winners will be crowned the first-ever CRL World Champions!

The Collegiate Rocket League 2022 – World Championship features 16 of the best Collegiate teams around the world. Find out who will be participating here 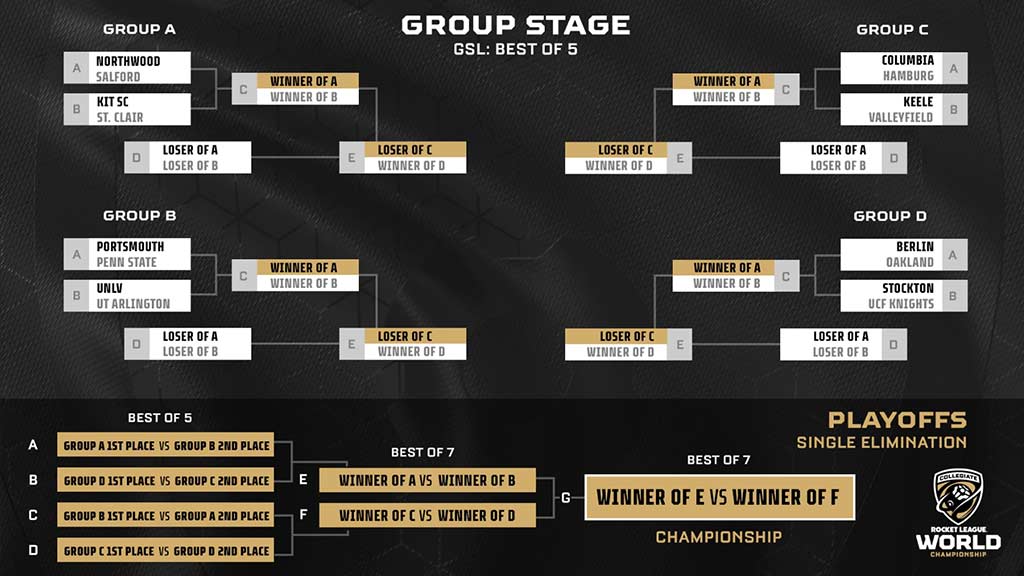 Each day of the CRL World Championship will be streamed live from the official Rocket League Twitch channel, and Friday’s broadcast will also feature an alternate stream on the College Carball (CCA) Twitch channel. You can check out the full match schedule below:

University of Texas at Arlington