Hey, everyone! During July 21’s Cash Cup Extra Presented by DreamHack, we decided to bring a new feature to our Social Media coverage: Predictions.

How does it work? Based on what we tweet (for example:  Which players are going to reach the top of standings, and with how many points they’ll end up with), you have to guess. If you meet the requirements, we quote your prediction at the end of the day with a big shoutout! Easy, right?

With that said, let’s recap what happened in each region:

The talents Adam Savage, Reiss & Tocata were the ones in charge of presenting the Must Watch trios, who have shown their potential in previous CCE’s and could surprise with their performance during the tournament.

The first on-camera match unleashed the hype of the community, with a Victory Royale from the actual champions of this Cash Cup Extra Presented by DreamHack EU: GUILD Flikk, GUILD Аnas, GAMMA Th0masHD. With a total of 20 eliminations in only 25 minutes, they had an excellent beginning.

On the other hand, the GUILD henZ, GUILD JannisZ, oogway 74 trio managed to be the first across the 200 points barrier, with an impressive second game.

The community had a throwback after that the patehk, smallzy, vanish river trio surprised the Vertex murlok, Raxi 7, sheer1 ォ one, by hiding in at the Gas Station and attacking by surprise. What we learned about it: Trust no one!

We had the chance to interview GUILD Flikk, player of the first-on-standings trio during July’s 21 Cash Cup Extra Presented by DreamHack EU. Check it out, it’s really worth it!

With a total of 2⃣0⃣ eliminations, the @flikk @anasfnbr & @Th0masHD trio earn their first Victory Royale.

Check out the final standings ⬇ pic.twitter.com/bPZlnycGpA

We had the pleasure to present a new face on the talent desk: Welcome, LifewPanda!

With Kelly Link and MonsterDFace, they showed the Must Watch trios of NA East, so the Community could track them during the tournament.

Yes, healing is important. Actually, it might be the difference between reaching the Victory Royale and falling behind earlier than expected. The GODAIM OwlFN, chaоtic, ѕtrep trio defined the concept of teamwork, after helping themselves staying alive until the standing announcement.

As the Cash Cup Extra games were being played, the leaderboard was constantly changing. At some point, the top-in-standings LG jamper 7, Threat3ky, TNG Rise trio were the first across the 500 points barrier in only 5 games.

Talking about healing, we had another MVP: The Campfire! The 9LIVES Tabzrigo, noob teyo, ELITE PLEGE 21V trio managed to stay alive in the endgame by lighting the fire, taking the Victory Royale and claiming their place in the top 40 in standings with those 55 Extra points.

By the end of the tournament, еl L2R2 (also known as MeroFN), member of the top 3 trios with ENDL8SS oogway & ENDLESS Reverse, shared (literally) a few words about their performance with our broadcast talents.

Check out the final standings ⬇ pic.twitter.com/wv02j97lJk

DESCRIBING THIS TRIO IN ONLY 1 WORD: TEAMWORK 👌

Working hard to keeping themselves alive, the @OwlFN_ @chaotic1x & @fnstrep trio take the lead of the game and earn their first Victory Royale. 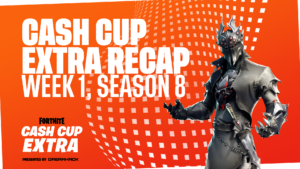 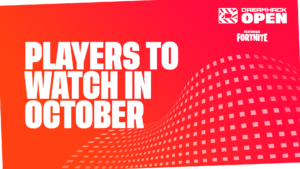 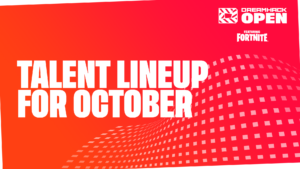 Here are the amazing people that will be providing coverage of the upcoming October 2021 DreamHack Open ft. Fortnite! We’re pleased to offer coverage in 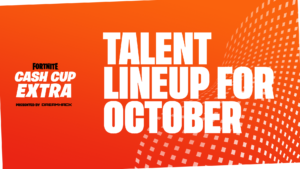 Here are the amazing people that will be providing coverage for October’s Cash Cup Extra! We’re pleased to offer coverage in English, Spanish, French, and 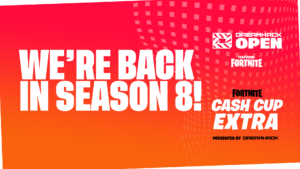 Season 8 of Fortnite: Battle Royale is quickly approaching along with the end of the year. DreamHack is excited to announce that we are back 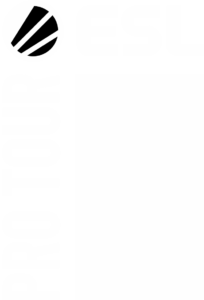